A Systems Notion of Vehicle

Vehicles are a central theoretical posit in cognitive science (Bechtel 2009). It is almost universally assumed that representations can be analyzed in terms of their content (the entities those representations stand for) on the one hand; and the physical structures that bear that content, on the other—the representational vehicles.

Cognitive scientists have paid much attention to which kinds of entities can act as vehicles for which specific kinds of representations (say, sentences in a language of thought, (Fodor 1980, 2008); or "clusters in the state space of a hidden layer [in an artificial neural network]", (Shea 2007)). The problem of providing a general characterization of vehiclehood—that is to say, of what it is that makes some physical entity a vehicle—has received much less attention. This is the task I will approach in this piece: I sketch a systems notion of vehicle—a high-level description of the kinds of processes that need to be in place for vehicles to emerge, and to be maintained. The literature on vehicles often gives the impression that any physical entity could potentially act as a vehicle. The systems perspective shows that making and maintaining vehicles is a relatively complex engineering task.

In particular, I will argue that vehiclehood is tied to channel coding in the sense that information theory gives to this notion (Cover and Thomas 2006; MacKay 2003). One popular idea about vehicles is that they are “picked out in terms of intrinsic processing-relevant non-semantic properties” (Shea 2018, 39, my emphasis). How does the brain (a very noisy environment, Faisal, Selen, and Wolpert (2008)) ensure that different tokens of the same vehicle type have the same processing-relevant properties? The answer suggested by the theory of channel coding is that this is done by identifying vehicles with regions of activation space, such that the probability of overlap between these regions is suitably low. This identification provides several theoretical advantages:

I end by interpreting two widespread operations in the brain as cases of vehicle creation, along the lines just sketched: sparse coding (Perez-Orive et al. 2002) and neural oscillations (Buzsáki 2006). I will argue that much of the discussion on sparse coding (e.g. Spanne and Jörntell 2015) and oscillatory behavior is vitiated by a conflation of vehicle maintenance (error management) with other information-theoretic operations, such as compression, which are not non-semantic. 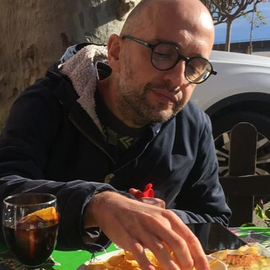 I am interested in the notions of information and representation in cognitive science and biology.